Meizu 16s - flagship with its own unique design... or a decent answer to Xiaomi Mi 9

In 2018 Meizu has begun to slowly return to the game, ceasing to produce strange smartphones with very high price tags. About a year ago, three anniversary novelties of Meizu 15 Lite, Meizu 15 and 15 Plus were the first to go into battle. However, this wasnt enough for the company and at the end of the summer they presented two flagships, even more refined and beautiful - Meizu 16 and 16 Plus. The devices won the hearts of many people but it has several flaws, for example the favorite by many NFC devices was missing. In 2019, the Chinese manufacturer plans to fix all the flaws of previous models and release Meizu 16s and 16s Plus. 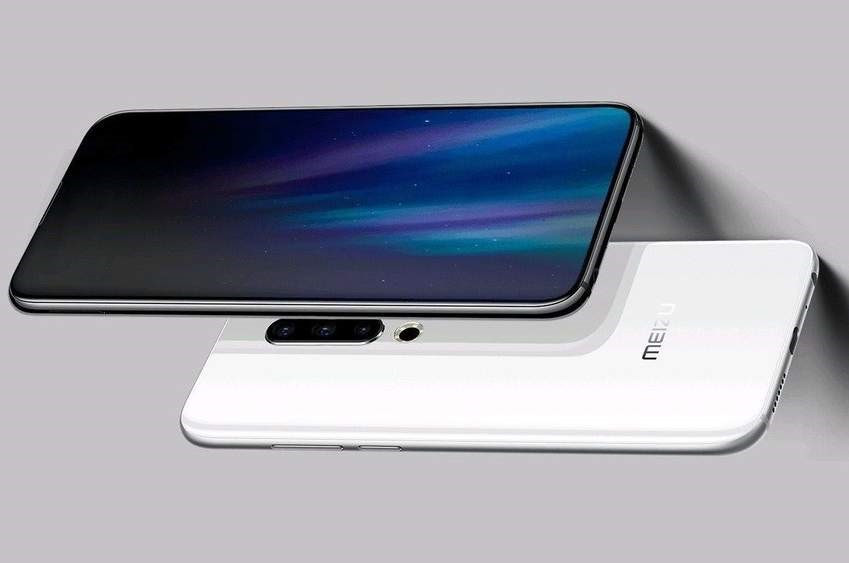 During the last few years company produced a couple of mindless devices that end up into the complications - now the brand has serious financial problems. In this regard, Meizu has to take money from the state, while significantly reorganizing all the processes taking place in the company. However, we, as users, should be the last thing to worry about, because the company is much more important at what price it produces.

Meiza simply does not have the room for mistake, otherwise it might their last move. On the other hand, the recent leaks about the smartphone Meise 16s, as well as his older brother 16s Plus are encouraging - the manufacturer is preparing a percussion device. As usual, there are no exact data on all parameters of the device yet, but it is known that the design gadget will repeat its predecessor. This is all the same frameless design, only with even more reduced indents at the top and bottom of the screen. That is, no mono-brows, teardrop-shaped notches or holes in the screen, since the front camera is located straight in the upper ultra-thin frame. The screen diagonal will be 6.2 inches and the smartphone will be quite packed by modern standards. The screen will be protected by tempered glass of Gorilla Glass 6, Qualcomm Snapdragon 855 will act as a processor, RAM will be installed in the smartphone from 6 to 6 GB and up to 256 GB constant. There is also information that the device will lose a 3.5 mm jack, and Flyme 8 will act as the operating system based on the latest version of Android 9 with an upgrade to 10.

A feature of the Meizu 16s will be advanced sound in stereo mode (mSound technology of the 3rd version), wireless fast charging will appear, as well as the NFC module, and it will work correctly. The smartphone has a triple main camera, where the main sensor will receive 48 MP from Sony (IMX586), as well as a capacious 4000 mAh battery. It is also worth noting that the enlarged version of the Meizu 16s Plus will differ only in the screen diagonal (6.76 inches) and, possibly, in the resolution enlarged to Quad HD +. In both models, the appearance of the AMOLED matrix is ​​expected and this is not even discussed. Also, Meizu 16s Plus can get a more capacious battery up to 4500 mAh.

Note that the company plans to release the new Meise 16s this spring, that is, no one is going to wait a year to release the next version. The cost of Meise 16c officially in China will be no more than $ 500, perhaps even less. Plus-version at the start can be more expensive by about 50-60 dollars.